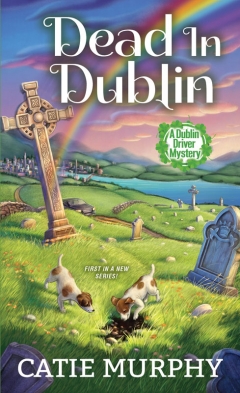 I promised that I’d post pictures of Dublin to go along with the Dublin Driver books, so here are a few!

We open–of course–with Molly Malone, site of the fatal first scene of DEAD IN DUBLIN! Behind Molly is St Andrew’s Church, which has been repurposed as a restaurant in DEAD IN DUBLIN. :) …and the General Post Office, shown here with all its holiday glory! :) A glimpse at the interior of Accents, Megan’s (and my!) favourite cafe in Dublin! And the Portobello Hotel, which, although not mentioned by name, is on Megan’s daily driving route on the way out of Rathmines into Dublin city centre… :)