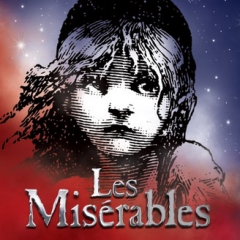 We’re watching a tv show where one of the storylines is set in India. In the second episode there was a spontaneous song and dance routine. Ted said, “I’m pretty sure people in India don’t actually spontaneously burst into song and dance all the time, but if they do, we’re really living in the wrong country.”

I then got into a discussion on Twitter about how movies from America in the 1950s also suggest that Americans drop into song and dance at the drop of a hat. A friend said when he was a child, musicals *enraged* him, because WHAT?! *WHAT*!? WHAT WAS THAT? PEOPLE DID NOT DO THAT!!!!

I said it was true, and more’s the pity that they didn’t, although that I had grown up in musical theatre and my entire family was in fact so strongly inclined to break into song and dance at the slightest provocation that a family friend once said visiting our house was a lot like walking into a musical.

He said that explained some things. O.O :)

Anyway, it reminded me that the other day as I was bringing Henry to school, we passed a woman who was singing, “Do you hear the people sing?” to her daughter. She stopped there.

Naturally, I sang, “Singing the songs of angry men?” back at her.

She stared at me, aghast.

Definitely not living in a musical, then. What a pity.

Although, to be fair, like the second time I met my friend Irish Kate, we encountered a ruined set of stairs that went up a while and then stopped. Equally naturally, the other friend I was with and I both sang, “There would be one long staircase just going up, and one even longer coming down,” and Kate finished off by singing, “And one more leading nowhere, just for show.”

It was *obvious* she was The Right Kind Of Person. The best part was she was astonished that it was even conceivable that someone might *not* sing that song, under those circumstances!