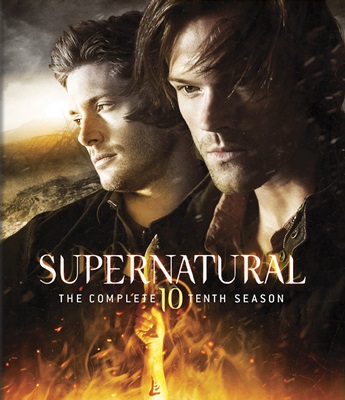 Picoreview: Season 10 Supernatural: Honestly, I suspect I enjoyed this a great deal more after a 6 year hiatus than I would have if I’d continued watching it at the time. I’m watching the THEN/NOW recaps because it’s been years, and they’re generally helpful, and I spent all of April doing a more or less daily picoreview of the episode I watched on Twitter, so I’m just gonna drop that behind the cut for … the hell of it. :)

April 7: Day 2, #SupernaturalFitnessRegime, s10e2: Jensen Ackles is more convincing as a bad guy than Jared Padalecki. Would still volunteer to be 100% W R E C K E D by him. Bike butt less bad than I feared. Thighs were fine until I tried going up the stairs, omg lol.

April 8: Day 3, #SupernaturalFitnessRegime, s10e3: comparatively boring ep, which turns out is not so great to cycle to. disinclined to trust dean but suspect they did “definitely hiding a demon for months on end” storyline with sam, so dean’s probably trustworthy. castiel: still hot.

after several hours of bone-dragging weariness, i’m beginning to think that e3 didn’t let me down, but rather the fact that it’s day 3 of exercising 🎶for the first time in forever🎶 completely kicking my ass.

April 9: Woke up at 7:15 today for my #SupernaturalFitnessRegime! s10e4 had some actually quite nice bits of Sam & Dean Communicating, which is always very attractive, & then I was like ok I’m gonna do 5 minutes of the next episode, but then it was “Fan Fiction”…

& the only reason I didn’t watch ALL of it was I was afraid I’d be physically incapable of doing anything else if I biked for 90 minutes this morning so I watched the first 10 minutes & dragged myself away. :) Anyway, I’m Annoyingly Perky today, which is a great improvement over yesterday’s Total Dragging Ass, so I think I’ve hit the first beneficial peak of exercise. Unfortunately I have not lost 90 pounds of fat in the past four days, IDK what that’s about.

Apr 10: Day 5, #SupernaturalFitnessRegime, s10e5: “Fan Fiction” was actually surprisingly good. Like, I may have gotten a little verklempt. Also, I’ve no memory at all of what happened to Chuck, but he’s looking good. Unrelatedly, my bike butt is almost vanquished.

April 14: Day 7, #SupernaturalFitnessRegime, s10e8: I overdid it Saturday & took the last couple days off, which puts me way behind my goal but oh well. I TRULY BELIEVED Dean was gonna hook up with Donna & leave her ex reassessing his 7-itude dumping Donna who could OBVIOUSLY LAND an 11.

Apr 16: Day 9, #SupernaturalFitnessRegime, s10e9: I *love* it when Cas uses his Jimmy Novak voice, although I wonder if it makes the actor’s throat hurt to be all gravely like that. I hope not. Anyway: yay Cas, o no Dean, good floppy hair Sam.

Apr 17: Day 10, #SupernaturalFitnessRegime, s10e10: Metatron is great, I hate Rowena but not in the way I’m supposed to, Claire’s hair is awesome. s10e11 (1st half): oh yeah. they sent Charlie to Oz. I’d forgotten about that, which I felt constituted maybe the absolute nadir of SPN…

Apr 18: Day 11, #SupernaturalFitnessRegime, s10e11: all I can say about this episode is that it shuts the door on Supernatural & Oz, thank God.

s10e12: this one is worth watching even if you’ve dropped out of SPN. Dean gets turned into a teenager & the kid actor is AMAZING.

Apr 23: Day 13, #SupernaturalFitnessRegime, s10e14: *God* the dude playing Cain is hot. I don’t believe for a minute that he’s dead. Have already forgotten everything else abt the ep.

Apr 23: Day 14, #SupernaturalFitnessRegime, s10e16 (1/2): ok, we’re finally getting somewhere with Rowena. I’m sure Crowley will eventually be stupid enuf to succumb to her manipulations attempt to take the boys out, & that won’t go well for him, so I’m preemptively annoyed at the idea.

Apr 24: Day 15, #SupernaturalFitnessRegime, s10e16 (2nd 1/2): i literally did not remember what happened in this episode even tho i only finished watching it 2 hours ago. Turns out it was the ghost nun, which actually had that one really good moment of Dean in the confessional.

Apr 24: Day 15, #SupernaturalFitnessRegime, s10e17, “Inside Man”: Holy shit, Crowley threw Rowena out! Whew! He’s not as dumb as I expected! Which he shouldn’t be, but TV characters do stupid things in the name of furthering the story. Also: yay Bobby, especially for that letter.

Apr 25: Day 16, #SupernaturalFitnessRegime, s10e18, “Book of the Damned”: I adore Metatron. Cas getting his mojo back was a great moment. Sam making a secret deal with the devil(‘s mother) is obviously not going to go wrong in any way at all.

Apr 28: Day…17, I guess, of the #SupernaturalFitnessRegime. S10e19, “The Werther Box”: they only have like 4 episodes left for Dean to kill Crowley, which Sam has now volunteered to Rowena to do, Cas, & Sam himself. I know nobody STAYS dead but I wonder if any of them WILL get killed. Also, I could be wrong, Dean might’ve actually killed Cain, since Cain was on a murder spree and I don’t see even On The Edge Dean being okay with that, or Cain having backed off on it. But man, I didn’t see a body, so I 100% don’t think he’s dead. #SupernaturalFitnessRegime

Then I watched the rest of the season on the evening of the 30th, having earned 2.5 extra episodes by doing real cycling. Honestly, I was disappointed that Cain’s prediction didn’t play out with Dean gunning for Crowley, Cas & finally Sam. Overall, though, I mean, I enjoyed myself, so there we are. :) 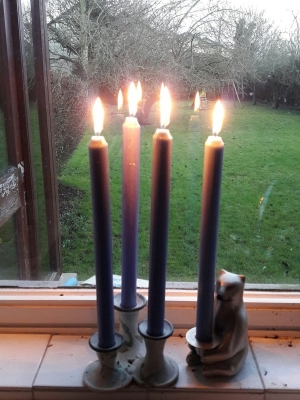 continued adventures of cleaning the office