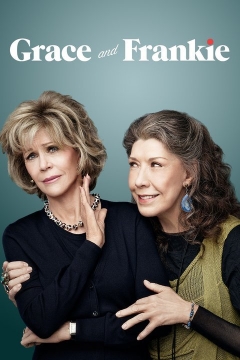 A week ago I went into Dublin and had a Movie Day. I went to see The Martian, Everest and The Intern, and decided not to go to Macbeth because I wouldn’t have gotten home until the heat death of the universe, or something a lot like it, like, eleven-thirty at night. :)

The Martian was, somewhat astonishingly, as good as everybody’s been saying it is. In so far as I had any objections to the plot, it was that their eventual solution seemed obvious to me from the moment the problem was presented, but I assume I’m part of a relatively small subset of people who went “well, obviously.” :) But it’s a really terrific movie, and people keep saying it’s nearly as good as the book, so I’m apparently going to have to read the book now, too.

Everest was also good, although not nearly as much fun as The Martian. The scenery is spectacular, and verified for me (as if there was any doubt) that I wouldn’t even be able to get to the mountain, much less actually climb it, as there are death-defying heights and rope bridges ON THE WAY THERE, never mind the actual mind-blowingly terrifying climb itself. In case of zombie apocalypse, possibly. Under any other circumstances, nope. But it’s a good film with a lot of good actors, and worth watching.

The Intern was a good unicorn chaser after those two movies, though, jeez. I chose to see them in the Correct Order. It’s a cute movie, with Robert de Niro playing fairly close to peak charm, and Anne Hathaway in a role that I found pretty sympathetic. The supporting cast tragically includes that guy I don’t like from Pitch Perfect, playing the same kind of role (albeit without singing) as in Pitch Perfect, which is kind of too bad because I have a suspicion he’s probably better and potentially a lot more likeable than that role. Still, though, overall a pretty cute movie, and an excellent choice to see after the above two. :)

I’ve also just finished watching Grace and Frankie, a Netflix Original with Jane Fonda and Lily Tomlin playing women who don’t like each other very much but have known each other and been married for forty years to Martin Sheen and Sam Waterston, who at the beginning of the first episode, announce they’re in love with each other and will be divorcing their wives so they can get married themselves, now that it’s legal. It’s pretty damned terrific, and it ENDED ON A CLIFFHANGER, which I totally didn’t expect (I thought I had two episodes left!) and now I’m clawing at the TV for the next season. Which will drop sometime in 2016, apparently, as it *has* been renewed, but agh! I MUST KNOW WHAT HAPPENS!

Seems like maybe there are a couple other things I’ve watched lately that I was going to mention, but that’s probably enough for now. :)